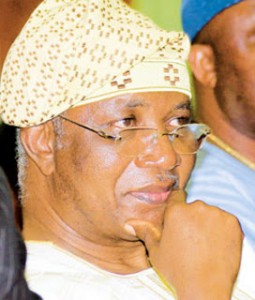 Making the announcement, yesterday, state Commissioner for Information, Mr. Kayode Akinmade, said the remains of the former governor would be committed to mother earth on October 4, adding that the state government had announced a three-day burial plan.

In a statement made available to journalists in Akure, Akinmade said the burial events would kick off at the International Conference Centre (ICC), University of Ibadan (UI), being the Tribute Day beginning from 11 a.m.

The commissioner said the body of the late governor would leave Lagos to arrive the Akure Airport by 9.a.m. on October 3, while the lying-in-state would hold at the Democracy Park, Akure. He also stated that another lying-in-state and wake-keep would take place on the same day beginning from 5 p.m. at the Civic Centre, Iju-Odo, Okitipupa Local Government Area.

“A burial service will hold for the deceased on October 4, at St Paul’s Anglican Church, Iju-Odo also in Okitipupa Local Government Area by 11 a.m., while the remains of the late Agagu will be interred at the same venue, with reception following at Manuwa Memorial Grammar School in the same town,” he said.

Meanwhile, the state governor, Dr. Olusegun Mimiko, had at a special prayer session for the state in Akure on Wednesday, charged the people of the state to troop out en masse for the burial to honour his late predecessor.

The special prayer session, attended by the Christian Welfare Board and Christian Association of Nigeria, Ondo State chapter was held at the Ondo State Cultural Centre, Akure.