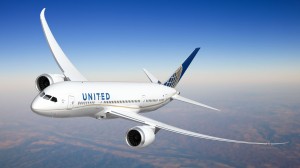 The death of a 67-year-old Nigerian, Mr. Benedict Sylvester Igwedike while aboard Flight 143 to Houston, United States of America, has been confirmed by the management of United Airlines.

The incident, which occurred on Monday night, took place after the aircraft which took off from the Murtala Mohammed International Airport (MMIA), Lagos, had just finished refuelling at Dakar, Senegal.

A statement from the airline’s headquarters in Houston yesterday said: “Medical personnel in Houston met United flight 143 from Lagos, Nigeria upon arrival Monday due to a deceased passenger on board. We are assisting the passenger’s family with their needs.”

On landing at the George Bush Intercontinental Airport early on Tuesday morning, the body was taken for autopsy. United Airlines office in Lagos was mum over the incident but a terse statement from the headquarters had confirmed the death.

Reports from the US said Houston Police Department (HPD) confirmed that Igwedike died en route to Houston from Lagos and that the deceased was found dead in the plane, so the body was taken out of the aircraft for autopsy.

The report quoted HPD Homicide Division Senior Police Officer M. Miller who said Igwedike died in the air after the flight left Lagos and after refuelling in Dakar, Senegal as the flight headed for Houston.

Houston police said they were waiting for autopsy report to determine the exact cause of death.

There were however speculations that the deceased might have been travelling for medical attention in the United States but there was no report that he was accompanied by anyone, as the airline was yet to identify any passenger that travelled with the deceased.