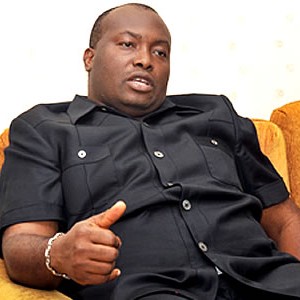 The Labour Party has endorsed Mr Ifeanyi Ubah as its candidate in the Nov. 16 Anambra governorship poll while Dr Emeka Eze emerged as his running mate.

The party made its position known in a communique issued at the end of its 16th National Executive Council (NEC) meeting in Abuja on Sunday.

The National Chairman of the party, Mr Dan Nwanyawu, and the National Secretary, Mr A. Salam, signed the communique.

The meeting also resolved to extensively mobilise the people of Anambra to support the party’s candidate.

NEC also expressed concern over the failure of the Federal Government and ASUU to end the ongoing strike.

The party appealed to the two parties to go back to the negotiation table in the interest of the nation.

The NEC also called on all political parties to eschew disagreement and focus on issue-driven politics to sustain and deepen the nation’s democracy.

It reaffirmed support for the Nigerian Labour Congress in its “legitimate demand” that labour should remain on the exclusive list in the constitution.

The party also expressed support for its leadership and unity of members against the back ground of crises rocking some parties in the country.

It expressed worry over the deteriorating situation in Syria and urged the United Nation’s Security Council and the international community to use diplomacy in resolving the crisis.

The party condoled with the family of former governor of Ondo State, Dr Olusegun Agagu, and prayed God to grant the deceased eternal rest. (NAN)