A former Vice President, Atiku Abubakar, said it was both incomprehensible and outrageous for the police to subject Governor Rotimi Amaechi to harassment and humiliation. 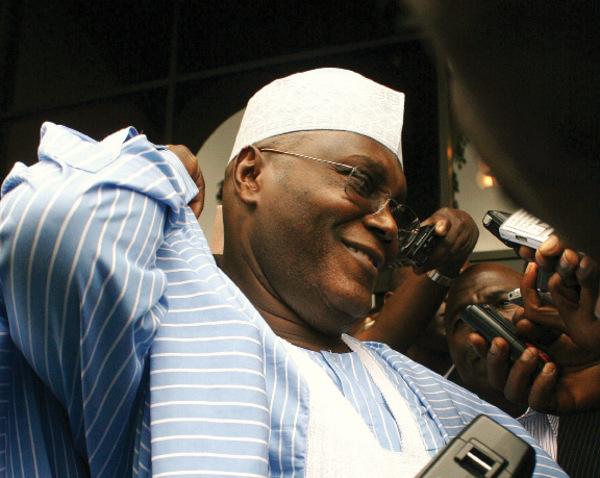 Mr. Amaechi was allegedly prevented from entering the Government House, Port Harcourt by the police when returning from an outing last Thursday. Reacting to the incident in a statement by his media office in Abuja on Monday, the former Vice President said he was highly embarrassed by the excesses and open political partisanship against the democratically elected Governor of Rivers State, who is also the chief security officer of the state.

Mr. Abubakar also reiterated his call for the police to halt their siege on the new PDP headquarters in Abuja,which has entered its second week. “Nothing justifies the advocacy for the decentralization of the police by allowing states to set up their own more than this,” the former Vice President, said.

According to Mr Abubakar, there was nowhere in the world the police would take sides in private political conflicts at the expense of its constitutional role. The former Vice President regretted that the persistent harassment of the Governor had gone too far to be tolerated by decent public opinion and other leaders. He further argued that the partisanship of the police force would ultimately strengthen agitation for state police.

The former Vice President also noted that, considering the heavy expenditure state governments made to equip and support the police, the harassment of Amaechi could undermine such cooperation, especially the current one percent contribution each state was requested to make towards the funding of the police, which would be deducted at source from their subventions.

According to Mr Abubakar, “Police partisanship must stop immediately because it poses a threat to our nascent democracy. Our police forces must concentrate solely on providing safety and security for Nigerians who face ongoing daily threats of violence and kidnappings.” “Nigeria continues to head in the wrong direction.

We face chronic joblessness and now a crippling, three-month long ASUU strike preventing students from attending school. That is where the Federal Government’s focus must be, not on launching partisan police actions.”