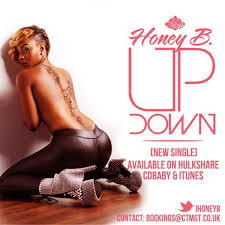 Singer, Honey Zainab Marshal also known as Honey B, is the daughter of Fuji musician, King Wasiu Ayinde Marshal. She tells Ademola Olonilua about her music and relationship with her father

Growing up in London was very nice. I lived with my mother who worked hard to provide everything I needed. She gave me unconditional love, support, and constant encouragement. My real name is Honey Zainab Marshal. I attended Vauxhall Primary School and then Charles Edward Brooke School in Lambeth. I later attended The BRIT School of Performing Arts in Croydon where I studied Music.

How did you discover your musical talent?

My mum said I used to hum along to songs on the radio well before I could speak, but my talent for singing was discovered in primary school. I sang at a show in aid of keeping the school open and remember all the excitement my performance got. I later received an Award Certificate signed by the local MP and our school stayed open. From then, I was encouraged to carry on.

Your costume during the Notting Hill Carnival caused some buzz. Who designed it for you and what reviews did you get from that?

I designed my outfit at the Notting Hill carnival as a last minute option because as there was a malfunction with the original outfit planned for the day. I had great reviews on the costume based on the fact that it was very appropriate for the occasion and the heat it added to my performance. Watch out for my clothing line soon, we are about to close the deal.

How was the experience and acceptance level of your performance?

The experience at the carnival was great being my first time performing at the Nigerian corner. As for my performance, I felt it was well received. The majority of the audience seemed mesmerised.

How would you describe your kind of music?

My music is RnB/Afropop and I describe it as ‘real music’, I write from experience and everyday happenings. I am mastering my song writing skill day in day out, so as to push my boundary as an artiste.

You did collaboration with your father, KWAM 1. What was the experience like?

It was an amazing learning experience for me. Not only did I get the chance to remix a very well known song, but also the chance to be in the studio with a legend and learn firsthand how hits are made.

Whose idea was the collaboration?

The idea was actually an assignment to see how well I could cross from RnB to Afrobeat. So K1 said I could have a look at his collections and Sempe caught my eye as a challenge. I decided to take a playful song and turn it a bit more serious, relating to all generations. K1 heard it, loved it and there we had 21st Century Fuji.

Has being KWAM1’s daughter influenced your career in any way?

Being the daughter of a legendary musician adds a lot more pressure and greater expectations. But I try not to focus on the negatives but work harder so I can continue the legacy by building a great name for myself. I treat all obstacles as tools to make me better equipped for the future. People and colleagues in the industry think I have it easy because my dad is K1.  Neither of these groups have any idea. I certainly work for everything I do or get and it is not easy being a female artiste in a male-dominated industry. I decided to shoot and release the video to my song, Updown, to introduce myself as a solo artiste with my own right and not a lady trying to shine off my dad’s fame.

One would have thought your genre of music would be something like your father’s. Why did you choose to be different?

My style of music developed based on my surrounding; I grew up in England in the era of RnB and soul music. I was educated in a performing arts school, where eclectic music styles were mandatory. After learning those styles of music, I now chose to incorporate RnB with music from my origin, resulting in RnB/afropop. Cultural infusion is magical.

Was it difficult convincing your dad that you wanted music as a career?

Well, it was more difficult convincing my mum, but both parents agreed to support after I got my Bachelor of Arts degree in Criminology.

Do you have any other business, apart from music?

I have my hands in fashion and female empowerment projects, but currently music is my main focus.

Are you planning to return to Nigeria?

Yes. Returning is in my plan for the future. As for now, I only come in and out of Nigeria when I have shows and business engagements.

How do you intend to fight competition?

I’m constantly working hard and giving a hundred per cent attention to all I do. My main focus is to concentrate on my craft and ways of progressing. God is involved.

Do you think you can cope in Nigeria, given its peculiar nature?

Well that’s some of the unique things about Nigeria. You have got to have thick skin and think fast on your feet to survive. I have a great team I am working with and I am doing it with an open mind.

Do you think you can achieve the feat your father accomplished?

By the grace of the Almighty, with hard work, I will, plus more.

How close are you to your dad?

Dad tours round the world every time. He is a very hardworking man. Always on the move, but we are very close. Thanks to technology, we communicate.

How acceptable is your music in London?

My music has been well accepted; much more than I expected. It is amazing how it has travelled through the older generation to the younger and even non-Africans. We have been on the road since July around UK performing from Afrobeat shows to fashion shows in Mayfair. I thank God.