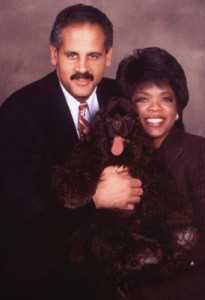 That’s exactly 27 years and way longer than most marriages last these days.

Oprah said in an interview recently that although she considered marriage after she attended Tina Turner’s wedding in Switzerland in July, she’s pretty sure she will leave the world as a woman who ‘never got married’

When asked if she would leave earth as a “never-married” woman, Oprah made her feelings very clear. “Yes,” she told Access Hollywood. “Yeah, I think that’s my final answer.”

“I think that it’s interesting that you would ask it because I thought about it again at Tina Turner’s wedding. Because Tina was like, ‘Oprah, you need to do this. You need to do it.’ I was just thinking, ‘Well, OK, would things really be different?’ And no, I don’t think so. If you ever interviewed him (Stedman), he would tell you that had we married, we would not be together today, because he’s a traditional man and this is a very untraditional relationship.”

Oprah also explained that she couldn’t be a wife because the word holds responsibilities she doesn’t feel capable of handling.

Ermmm…..Oprah, just incase you change your mind, you know how to reach me. I’m willing to be the wife and let you be the husband, I’ll take the responsibilities. LMAO!!!