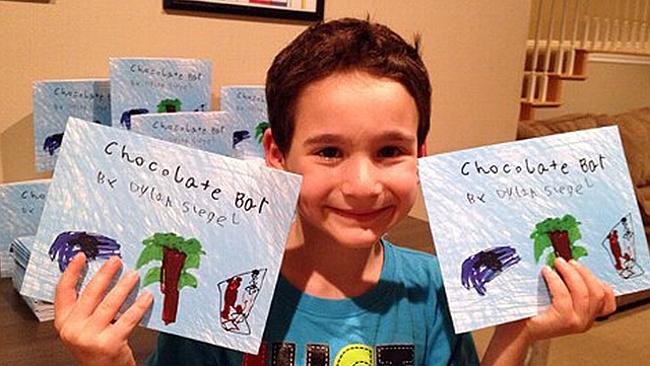 WHAT would you do if you found out your best buddy had a rare disease?

What would you do if you were six years old when you found this out?

Dylan Siegel’s response was nothing short of incredible.

It initially sold 200 copies at his school for $6000. But before long word had spread. More books, even T-shirts, bags and phone cases.

Jonah contracted a rare liver disease called glycogen storage disease. It causes his blood sugar to drop dramatically, and can be fatal.

Dr David Weinstein, who studies the disease, is completely blown away.

“Boy, have I been shocked,” he told ABC News.

“He’s raised more money for this disease than all the medical foundations and all the grants combined. Ever.”

Dylan’s father, who initially suggested a lemonade stand to help raise money but was quickly told, “don’t patronise me”, says he’s learned more about what’s possible from his son than from anyone else.

“Kids can change the world just like any of us,” he said.

“It’s been a blast. It validates a six-year-old’s vision of what he thought change could be.”