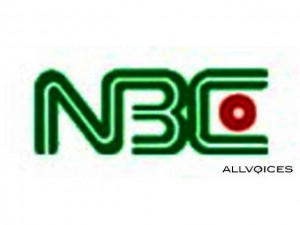 The Director-General of the National Broadcasting Commission (NBC), Mr Emeka Mba, has said broadcasting houses in Abuja, Lagos and Port-Harcourt would switch-over to digital transmission in 2014.

Speaking, Tuesday, in Abuja when a delegation of the commission paid a courtesy visit to the FCT Minister of State, Ms Olajumoke Akinjide, Mba said, “The cities to experience the switch-over next year include Abuja, Lagos and Port-Harcourt in the pilot phase.”

He said that the Federal Government had set up a committee to work with the commission to ensure that digital transmission was possible before the 2015 deadline set by the International Telecommunications Union.

According to him, challenges facing the switch-over to digital transmission include funding, getting the right transmission equipment and paying for the signal distribution company.

He described broadcasting as a fundamental human right of every Nigerian, including those in rural areas.

Mba said that the commission would meet with broadcasters to agree on the sensitisation plan to use, adding that aggressive campaign would commence from October.

Mba said that the commission monitors contents of broadcasts to ensure their compliance with guidelines.

“We monitor all contents, we are addressing the kind of music the public listens to on radio, we have a system where all contents must be approved and where radio stations that go against this are fined.”

He said that regulating digital smart services was a challenge as technology kept evolving everyday.

The director-general said that the commission would want to partner with the FCT Administration to create a strong radio and TV station in the territory.

Mba also requested for land where the commission could build affordable housing for its workers.

In her response, Akinjide said that in a democracy, the NBC was one of the most important regulatory agencies a nation could have.

“The NBC is playing a very critical rule to ensure that as we go through our democracy, its not hijacked by some interests.”

Akinjide said the commission should look for a way to regulate activates when broadcasting goes digital that is within the ambit of the law without violating freedom of expression.

She said that the administration would partner with the commission in the next Africa’s Investment Platform for Broadcast Content and Technology conference which would hold in Abuja in 2014. [NAN]