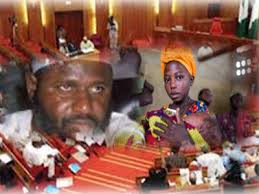 Speaking to newsmen in Bauchi, Sheikh Dahiru said placing age restriction on marriage “will affect Muslims fundamental rights. It also violates freedom of religion, because every Muslim has a right to live and exist and to practice his religion without hindrance”.

He also spoke out against same-sex marriage and advised that it should not be supported by anyone.

“Whoever supports same-sex marriage is implying that humans should stop reproduction because without marriage between a man and a woman, people will not come into the world”, he said.