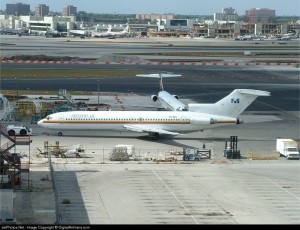 The Airline Operators of Nigeria (AON) has been dragged to court by the Nigeria Civil Aviation Authority (NCAA), for failing to pay the new charges it introduced recently where it imposed $4,000 (N640,000) take-off fee for non-scheduled operation of foreign registered aircraft and $3,000 (N480,000) for locally registered aircraft. NCAA says the operators’ refusal to pay the fees was illegal.

In the summons instituted at the Federal High Court in Lagos, NCAA said it imposed the fees on the operators in line with its mandate as a regulatory agency in the aviation industry.

In the suit, NCAA said by the “true construction of Section 30 (2) (q) and 30 (5) of the Civil Aviation Act of 2006, it is empowered to impose fees on all foreign and Nigerian registered aircraft engaged in non-scheduled operation conveyed vide order of August 28, 2013.”

It argued that if the answer to the above question was in the affirmative, then “whether the plaintiff acted within the laws empowering it, has the powers to impose the said fees.

“That in line with its mandate, the plaintiff issued an order dated August 28 to all operators titled: ‘Order Charging Certain Fees on Operators in General Aviation.”
NCAA said by the said order, all foreign registered aircraft engaging in non-scheduled operations were expected to pay “forthwith $4,000 for every departure; that by the same order, all Nigerian registered engaging in non-scheduled operations are to pay forthwith $3000.”

In view of this, the NCAA therefore gave AON eight days to respond to the summons issued upon the application of the regulatory body, which was responsible for the formulation and implementation of policies and strategies for the promotion and encouragement of civil aviation in Nigeria.

Submitting the summon on behalf of NCAA, Legal Adviser to the Ministry of Aviation, Bola Odugbesan, insisted that by the mandate given to NCAA, it had given order for the charges to be paid and that AON should pay the fees.

The newly-introduced fees has been a subject of controversy and they are seriously being contested and opposed by the operators, who describe the imposition of the fees as highhandedness and autocratic attitude of the regulatory body and also the Ministry of Aviation.

The operators said the fees did not have any bearing on any of the known charges in international aviation because it was neither part of the navigational charges nor fees paid for safety oversight.

The operators said if the objective of the fees was to discourage those who operate illegal charter with aircraft registered as privately owned, NCAA should single out those operators doing that and introduce punitive measures to check their excesses, adding that the fees which they described as outrageous would whittle the growth of the sector.