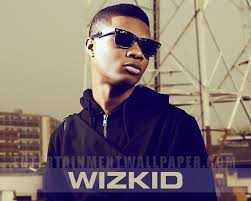 The Punch Newspaper has critically examined Wizkid’s growth in the music industry, the leading newspaper talks about his progress, both positive and negative.

Read how the Punch puts it: –

It all started as a joke, he was simply somebody who nobody would give a second glance. That era has gone. Today, he is an A-list act, headlining shows, getting endorsement deals and basically, making millions. He is called Wizkid.

No doubt, the young lad has paid his dues as it were, for few years back, nobody would have thought the‘errand boy’would grow to become this big. Indeed, his talents and luck, shone and now, Wizkid is a superstar.
But it seems stardom is getting to his head.

Recently, the Internet was agog when the singer called a fan‘broke’for correcting a grammatical error he made.

The singer posted on his instagram that he was about to perform at a wedding with‘an hangover’. The crime of the fan was telling Wizkid the correct thing to say was‘a hangover’.
His reply angered fans who quickly reminded him that he was not born rich and it was the‘broke’fans who made him who he is at the moment.

Wiz hasn’t only been misbehaving online. The kid took his arrogance to another height when he allegedly poured his drink on a fan in London.
Speculation has it that all the fan did was to reach out to Wizkid to greet him. Probably trying to impress an American hip-hop sensation, Wiz allegedly called the fan, Oloshi (Idiot). The shocked American took to instagram to talk about Wiz’s atiitude.
Although the kid was lucky in London, luck ran out when he allegedly tried ignoring fans who had been waiting to get a glimpse of him in Lagos. This time the fans physically reacted to his arrogance.

Dear Wiz was reportedly stoned by angry fans at the VFS Global Services, Lekki Phase 1 over the his arrogant attitude and his refusal to part with some naira notes despite the much accolades he got from the cheering crowd who were so elated to catch a glimpse of him.

Apparently our wonder boy was in a foul mood or perharps, he wasn’t given a visa for he‘boned’and shunned the cheering crowd as he walked arrogantly into the waiting Porsche Cayenne.

It was gathered that Wizkid’s silence and arrogance got the cheering fans angrier and they stoned him as he drove off. Unfortunately for Wizkid, one of the stones hit his side mirror but he didn’t bother stopping anyway.

At the moment, not a few are angry with the kid and his attitude. Some fans told Saturday Beat that it was high time they“boycotted Wizkid.”
Another fan Reginald said,“Wizzy is just a kid and that is what he will be until he grows up! Let’s keep praying he grows soon.”