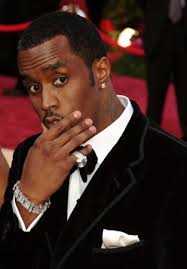 A couple of weeks ago, Diddy lost a million dollars to fellow rapper Rick Ross in a dice game but it was like he just lost 50 naira, and this is why.

Bad Boy Records boss P. Diddy is currently ranked number 1 as hip-hop’s top moneymaker, according to Forbes and its list of the top 20 Cash Kings of 2013.

The 43-year-old rapper and businessman pulled in $50 million over the course of the past year, making him the highest-earning hip-hop artist, even beating fellow Harlem rap superstar Jay-Z to the top spot, despite his platinum-selling album “Magna Carta… Holy Grail” and sold-out tours.

This apparently thanks to Diddy’s mega-deal with Diageo’s Ciroc vodka, which formed the bulk of his earnings. Other income streams for the savvy entrepreneur include of course his Bad Boy Records label, his marketing agency Blue Flame and his Sean John clothing line.

However, Diddy isn’t standing tall alone in the alcoholic beverage money team as Jay Z’s own endorsements of Armand de Brignac champagne and D’Usse cognac helping him to rake in $43 million in earnings to end up as runner-up on the list.

$5 million of that came from Samsung for the purchase of 1 million downloads of his album for the company’s smartphone app users.

Ending up on the third spot is last year’s No.1 Dr. Dre, who took in $40 million, followed by Nicki Minaj, the only female to make it on the list, with $29 million. She edged out fellow Cash Money Records artists Birdman, Lil Wayne and Drake, who were ranked 5th, 7th and 11th, respectively.