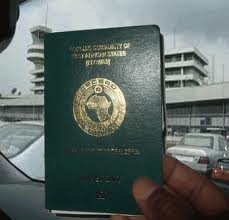 The diplomatic passports issued to members of the National Assembly have not been withdrawn, the Nigeria Immigration Service (NIS) has said.

The NIS made this known in a telephone interview with the News Agency of Nigeria (NAN) on Monday in Abuja.

Mr Chukwuemeka Obua, the Public Relations Officer of the service, said that contrary to media reports that the NIS had withdrawn diplomatic passports from the law makers, no such thing had taken place.

Speculations were rife that the presidency had directed the NIS to withdraw the “blue” passports of federal legislators in direct response to the warm reception accorded members of the Abubakar Kawu Baraje-led Peoples’ Democratic Party, PDP, when they visited the National Assembly last week.

But Obua said, “The NIS wishes to categorically state that extant guidelines on the issuance of such travel documents have not been changed and are firmly in place.

“No instruction has been received by the NIS to review the guidelines on the issuance of passports to any target group or category of Nigerians.

“Members of the National Assembly are being issued diplomatic passports upon application,’’ he added.

Obua urged media houses to always cross check their facts with the service before publishing to avoid heating up the polity and causing disharmony.

He noted that the immigration service was committed to discharging its duties in line with relevant laws guiding its operations. (NAN)