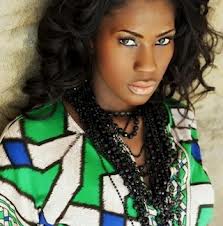 This might not really be a good time for the actress who is presently on vacation with her hubby as Nollywood is poised for a showdown as the Association of Nollywood Core Producers, ANCOP, has petitioned EFCC and SFU over the N50 million largesse donated by Governor Godswill Akpabio of Akwa Ibom State to support the industry.

The association is alleging massive fraud in the disbursement of the fund. It has petitioned the Economic and Financial Crimes Commission (EFCC) and the Special Fraud Unit (SFU) to investigate the matter.

According to a copy of the petition made available to HVP, signed by the association’s President, Comrade Alex Eyengho, the group is asking the agencies to invite the National President of the Association of Movie Producers, AMP, Zik Zulu Okafor, the National President of the Directors Guild of Nigeria, DGN, Andy Amenechi; the Secretary General of the Actors Guild of Nigeria, AGN, Yakubu Abubakar and actress Stephanie Okereke- Linus Idahosa for obtaining the fund and disbursing it without the consent of the industry’s stakeholders.