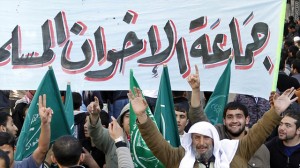 An Egyptian court has banned the Muslim Brotherhood and ordered the confiscation of its assets, amid an increasing security crackdown on its members since the ouster of president Mohamed Morsi in July.

The ruling specifically banned “all activities by the Muslim Brotherhood group, its non-government organisation and any affiliated institutions”.

The Court for Urgent Matters also ordered the state to seize the group’s funds and assets and recommended that the cabinet form an independent committee to follow up on the implementation of the ruling.

The Brotherhood, founded in 1928, has been banned in Egypt for decades before a popular uprising overthrew its arch foe president Hosni Mubarak in 2011.

Following Mubarak’s ouster, it launched its own political party, the Freedom and Justice Party.

In March, the group formally registered itself after opponents challenged their legal status and funding.

It was not immediately clear whether the ruling would affect the party as well.

The lawsuit was filed by a lawyer, who is a member of the leftist al-Tagammu party, seeking a rapid ruling to allow the government to suspend all Brotherhood activities.

The Administrative Court will hear another case calling for the dissolution of the Brotherhood’s NGO next month.

The “Muslim Brotherhood as an organisation will always be present on the ground even after dissolving it, and will continue serving Egyptians,” the group said on its Twitter account.

It “is part and parcel of Egyptian society. Corrupt and politically motivated judicial decisions cannot change that,” it added.

Morsi was deposed by military chief Abdel-Fattah al-Sissi on July 3 after millions took to the streets calling for Egypt’s first democratically elected president to go.

Islamist protesters have held regular protests since then against the military-backed government.

Their numbers however have dropped massively over the weeks.

Morsi, who has since been detained by the military at an undisclosed location, will face trial for inciting the murder of protesters rallying against him last December.

Morsi is also facing charges of conspiring with Palestinian Islamic movement Hamas to perpetrate “hostile acts” during the uprising against his predecessor, Mubarak, in 2011.

Most leaders of the Brotherhood have been detained on charges of inciting violence.