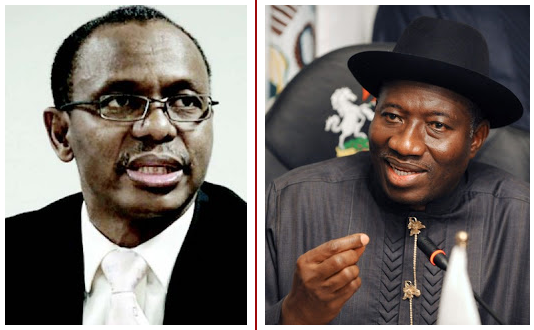 Former Minister of the Federal Capital Territory and chieftain of All Progressives Congress, APC, Malam Nasir el-Rufai in this interview culled from Saturday Sun talks about why he has remained a constant critic of President Goodluck Jonathan, why he cannot serve under the current administration and his plans for 2015.

Mr. el-Rufai, who said he understands President Jonathan better than those around him now, also adduced reasons why he thinks the present administration cannot succeed.

When asked if he has a hidden agenda for his persistent criticism of government, Mr. el-Rufai says, “No, no, no. Jonathan was actually a good friend of mine at the time he was deputy governor. To me, when a friend of mine is destroying Nigeria, I have to speak. And I believe strongly that Jonathan has been systematically destroying the fabric of unity in this country. He has been promoting divisions and corruption and impunity at the highest level. Even if we were from the same mother, I would criticize him if he does that. I don’t care! I think Nigeria is more important than any relationship, personal or familiar. And if my own brother was the one running Nigeria the way Jonathan is ruining it, I will criticize him.”

Don’t you think your criticism will be better channelled if you participate in his government?

People believe he listens more than former President Obasanjo whom you worked with and that you were one of the arrowheads that made that government succeed. Those advancing this argument also believe that being part of this government, you would also make it succeed. What is your take on this?

Nothing can make Jonathan succeed. He is grossly incompetent, he doesn’t listen, he doesn’t even understand the issues. I am sorry! I know the man more than those that are shouting with Jonathan because when he was my friend, none of them even knew him. I knew Jonathan as a deputy governor in 2002. That was when I first met him and we have been relating. So, all these new found Jonathan lovers should just shut up. I know him and I know what he can do and what he cannot do. So, please, they should just leave me alone. Those that want jobs can go and take jobs. I don’t want.

I am going to continue to work on building our party at every level and hope that we will present an excellent presidential candidate that will ensure that Jonathan goes back to Otuoke. That is my plan.