Former Minister of Education, Dr. Obiageli Ezekwesili’s recent postings on Twitter may have exposed her to a backlash of criticism from some Nigerians. 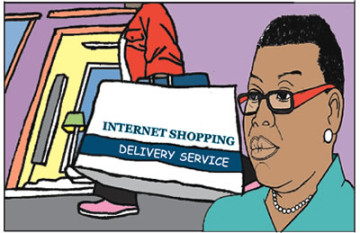 Ezekwesisli’s lamentation of an unpleasant experience that she had, while trying to take delivery of some goods she had bought in an online store, appears to have pitched her against some of her followers on the micro-blogging service.

The former minister had tweeted that she paid over N50,000 as Customs duty for the delivery of five dresses, 11 books and some audio CDs of late Martin Luther King (Junior), which she bought in an unnamed online store.

Claiming that the sum of money was added to the cost of delivery charged by the courier services company that she had engaged, she said, “I’ve had to pay huge Customs duty.’’

Ezekwesili did not only complain bitterly about such arbitrary charges, she also said that her experiences could fill a whole book.

She tweeted, “When I was informed that my package had been assessed at over N50,000 Customs duty, I thought it was a joke!  So, I’ve paid the weird “customs duty” for my package of 11 biographies of Martin Luther King and five dresses. Hope it truly boosts our public treasury! I could write a whole book on the pain of online shopping and delivery from abroad to an address in Nigeria after my experience.”

The tweet had prompted her followers on Twitter to conclude that she must have been out of touch with reality. They blamed this on the perks she allegedly had enjoyed during her tenure as minister and the pioneer head of the Budget Monitoring and Price Intelligence Unit in the Presidency.

“If a former minister, who once enjoyed the perks of office, can complain about Customs duties, I wonder what is expected from an unemployed graduate,” one Desmond Oyegue said in a tweet to her handle.