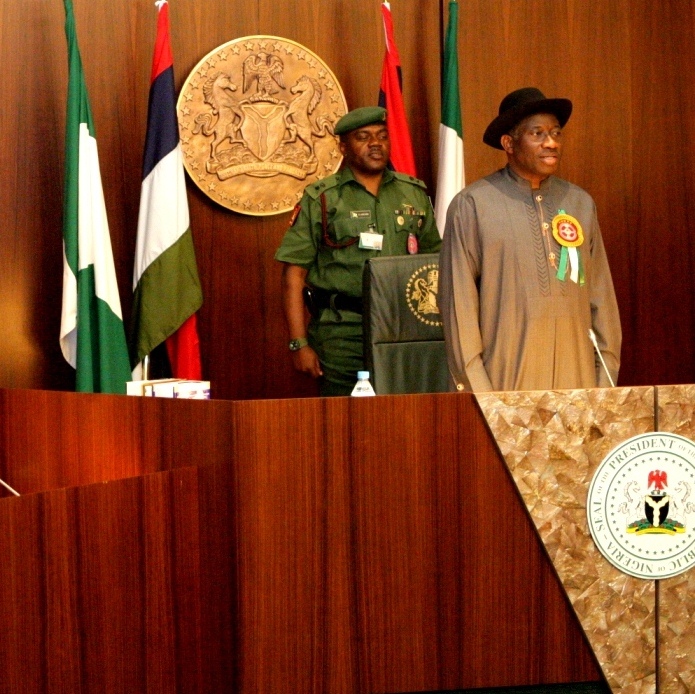 President Goodluck Jonathan on Wednesday directed the Minister of Special Duties, Alhaji Tanimu Turaki, to ensure prompt completion of all abandoned constituency projects across the country.

Jonathan gave the directive at the Federal Executive Council (FEC) meeting he presided over at the State House, Abuja.

The Minister of Information, Labaran Maku, who briefed State House correspondents on the outcome of the meeting, said the council discussed the progress in the implementation of the projects.

He said the president reiterated the resolve of the administration to complete the projects for the benefits of the people at the grassroots.

Maku recalled that the president had directed the Minister of Special Duties to take over the supervision of all constituency projects to ensure efficient implementation and prompt completion.

“But, over the years, we have had difficulties in the implementation of these projects because of the turnover in the National Assembly.

“You find out that those projects started by legislators who were unable to return to the house or the Senate are often abandoned by those who succeed them.

“This had made it difficult for orderly execution and implementation of those projects. Another problem is due to project design and location of project.

“Sometimes, you will see a project that has to do with water supply located in the Ministry of Information or in a ministry that does not have the technical capacity to implement it.

“The president, therefore, decided to address it in fundamental way, through coordinating all the projects in one ministry under the supervision of the Ministry of Special Duties,’’ he said.

Turaki, who spoke in same vein, assured that in compliance with the directive of the president, his ministry would hit the ground running to ensure prompt execution of the projects.

He said that as at the last count, about N75 billion had been set aside for the implementation of constituency projects across the country. (NAN)