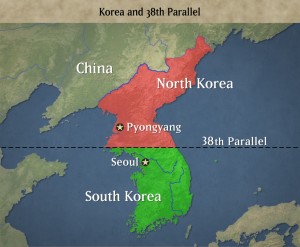 North Korea and South Korea have reopened a cross-border military hotline, paving the way for the reopening of their shared Kaesong industrial complex, officials in Seoul say.

“The first test call was successfully made between the two Koreas this morning,” said an official at South Korea’s Unification Ministry on Friday.

The call was made after the two sides agreed on Thursday to restore the telephone and fax lines used for cross-border communications, which North Korea shut down on March 27.

Kaesong has been shuttered for the past 163 days amid heightened tensions on the peninsula.

The two Koreas agreed in August to work towards reopening the Kaesong industrial complex, which hosted 123 South Korean factories and employed more than 53,000 North Korean labourers before Pyongyang closed it in April.

Tensions had escalated between the two countries when North Korea issued a letter announcing that it was in “state of war” with the South, after its leader threatened the United States because two American B-2 bombers flew a training mission in South Korea, following a UN sanction over Pyongyang’s Feb. 12 nuclear test.