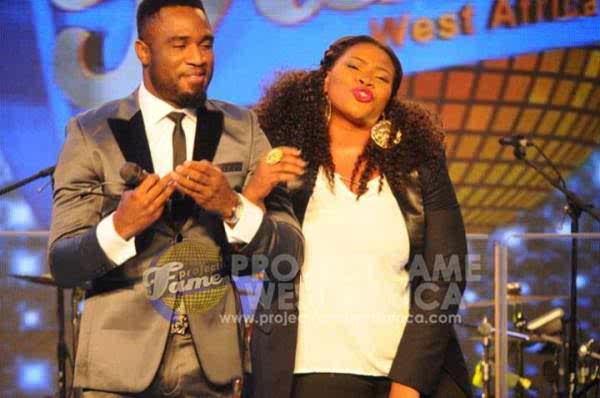 Singer Praiz and Project Fame contestant, Immaculate complemented each other perfectly, it was a beauty to watch the performance together.
It was like they duo had been singing together for years as they flowed effortlessly into the duet of Praiz’s ‘Rich and Famous’ with deep cultured vocals and a connection between
the two singers that was beautiful to
behold.

Judges have said that Immaculate has that uncanny ability to enter into the character of the each song that she has done so far.

Praiz throughout the weekend urged his fans to vote for the singer. ‘With
Immaculate after we performed Rich and Famous Vote for her’, Praiz wrote as he Instagrammed a series of pictures with himself and the contestant.

The finals is this weekend, make sure you keep voting.