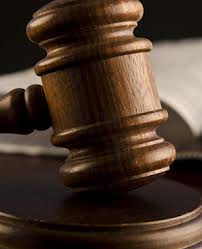 A woman who sent her three-year-old son – called Jihad – to school in a T-shirt marked “Jihad, Born September 11, I am a bomb” was fined and given a suspended jail sentence by a French court on Friday. Bouchra Bagour was found guilty of condoning a criminal act, along with her brother Zeyad, who bought the child the T-shirt recalling Islamist militant group al Qaeda’s attacks on New York on September 11, 2001, that killed close to 3,000 people. The matter ended up in court after Jihad went to his nursery school in September 2012 wearing the T-shirt, upsetting staff and prompting a local official to take legal action. Overturning an earlier acquittal, the appeals court in the southern town of Nimes fined the woman 2,000 euros ($2,700) and gave her a one-year suspended jail sentence, doubling that fine and suspended jail sentence for the uncle.