Tributes have continued to pour in for the late former governor of Ondo State, Dr. Olusegun Agagu, who died on Friday at the age of 65.

He Died When His Invaluable Service Was Most Needed – NGF

Some of the tributes came from the Nigeria Governors’ Forum, which Mr. Agagu was a member from 2003-2009, the Northern States Governors Forum and the Peoples’ Democratic Party.

Chairman of the NGF and Rivers state Governor, Rotimi Amaechi, in the Forum’s condolence message, described Mr. Agagu’s death as unfortunate, saying the former governor passed at a time Nigeria needed his invaluable service most.

“It is unfortunate that Dr. Agagu, an excellent family man, a consummate politician and academic, and elder statesman passed on at a time our country needed his invaluable service most. His loss is no doubt a monumental loss to our nation,” Mr. Amaechi said.

He added, “Between 2003 and 2009, Dr. Agagu was an influential member of the Nigeria Governors’ Forum. And during that time, the former governor showed he was a man on a mission to improve the lives of his O 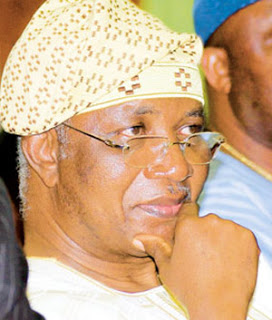 ndo people in particular and Nigerians in general. His was a voice of reason, moderation and peace at all times that Nigeria was faced with serious national challenges.

“Dr. Agagu’s departure is deeply painful. But we take solace in the fact that he lived and died well. He dedicated his life to serving his people and country. We are especially proud that the former governor lived an exemplary life worthy of emulation.

“Although, we cannot but grief over the death of this public spirited community man, we are sure that Dr. Agagu will long be remembered as a diligent, humble, patriotic, honest and philanthropic community organizer and leader.

“We commiserate with his family, friends and associates, the people and government of Ondo and Nigerians in general, and pray God to give us all the fortitude to bear this great loss. May the soul of this great man, rest in peace.

In its own tribute to the late former governor of Ondo State, Dr Olusegun Agagu on Saturday, the northern governors said his death marked the end of a glorious era.

The Forum, in a statement on Saturday in Minna said the late Agagu was a nationalist who lived a purposeful life of dedication to the cause of Nigeria’s unity.

The Forum’s Chairman and Niger State Governor, Dr. Babangida Mu’azu Aliyu in a statement signed by his Chief Press Secretary, Danladi Ndayebo, described the deceased as a loyal party man, a diligent and principled person who stood on the side of the people.

“From Agagu’s stint as a lecturer at the prestigious University of Ibadan, through his tenure as minister of aviation, to his election to the position of the Governor of Ondo state, and his life in retirement, the former governor remained with the people,” it added.

The northern governors urged the Ondo State Government to immortalize the former governor to serve as an inspiration to younger generation of Nigerians.

They also prayed God to grant repose to his soul and his family, the fortitude to bear the loss.

In its glowing tribute to one of its own, the ruling PDP described late Mr. Agagu as a patriot and a brilliant technocrat who discharged his responsibilities both as minister and governor with excellence.

PDP National Publicity Secretary, Olisa Metuh, in a statement said he wanted it to be placed on record that the late Agagu’s pioneer efforts as Minister of Power contributed to the progress of the present power reforms of the Federal Government.

“The Peoples Democratic Party expresses deep sorrow and conveys its heartfelt condolences on the death of the former governor of Ondo state, Dr. Olusegun Agagu,” the statement said.

“His patriotic and knowledgeable personality was outstandingly expressed as minister and governor. We wish to put on record, his pioneer contributions to the groundwork of the current power reforms of the federal government. ”

“On behalf of the National Chairman of our great party, Dr. Bamaga Tukur, we send our sincere condolences to his immediate family and to the government and people of Ondo state. May he find rest in the bosom of the Lord,” Mr. Metuh said.