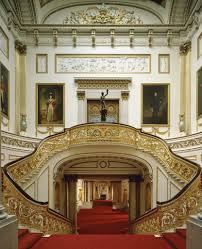 The guns of royal security guards were reportedly aimed at Prince Andrew as he strolled in the grounds on Buckingham Palace, the Queen’s son being ordered down on to the ground by officers who feared he was an intruder.

According to an exclusive report by the Sunday Express, the 53-year-old royal was told to “put your hands up and get on the ground” as firearms were levelled at him on Wednesday.

The report says an internal inquiry is being carried out.

Royal protection officers were said be “jittery” after a genuine intruder had been found in the Palace’s state rooms two days earlier. A suspected accomplice was also arrested in a street outside the Palace.

Speaking exclusively to the Sunday Express, a royal insider said: “Everyone is talking about these two incidents and can’t quite believe what has happened.

“The fact that this guy was able to wander off unchallenged and not be spotted by anyone is bad enough. But then to mistake the Duke for another intruder is almost incomprehensible.

“There is a high turnover of the police on duty at the Palace, but you’ think anyone would know what Prince Andrew looks like.

“It’s fair to say that to describe the Duke as unhappy and the two officers as highly embarrassed is the biggest understatement of the century.”

The insider said: “He just went out into the gardens for a walk, to relax and enjoy the sunshine.

“It was only in the early evening and so was light.

“When he got to a far corner away from the Palace, he was suddenly pounced upon by an officer, and another was not far behind.

“They shouted all the usual, put your hands up and get on the ground, and both pointed their guns straight at him.

“What no one can understand is why they didn’t recognise him, and there was a sort of Mexican stand-off for a few tense seconds, maybe half a minute.

“Eventually, after he insisted he was Prince Andrew, the penny finally dropped, and they put their guns away.”