Home General News World news I Don’t Know Why He Did It, Mother Of US Navy Yard...
Facebook
Twitter
WhatsApp 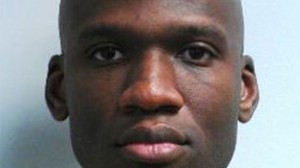 The mother of Washington Navy Yard gunman Aaron Alexis says she is glad he can no longer hurt anyone but has no explanation as to why he went on the shooting rampage.

Cathleen Alexis released a three line statement but was unable to shed any light on his motivation for the massacre.

“Our son, Aaron Alexis, has murdered twelve people and wounded several others. His actions have had a profound and everlasting effect on the families of the victims,” she said. “I don’t know why he did what he did, and I’ll never be able to ask him why. Aaron is now in a place where he can no longer do harm to anyone, and for that I am glad.

“To the families of the victims, I am so, so very sorry that this has happened. My heart is broken,” Mrs Alexis said.

Her comments come as an attorney for a Virginia gun store says Alexis bought a shotgun and ammunition there the day before the rampage.

He says Alexis rented a rifle, bought bullets and used the range. He then bought a shotgun and 24 shells.

Authorities say he had a shotgun with him when he entered a building at the Navy Yard on Monday and started firing.