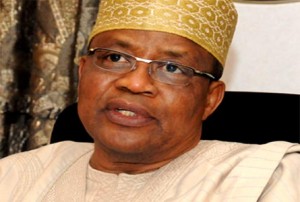 Babaginda made this call while speaking at the inauguration of the Skill Acquisition Centre at Milgoma in Bodinga Local Government Area of Sokoto State, saying the revival of the economy of the North depends on agriculture, hence the need for the 19 governors in the North to key into agriculture to restore the lost glory of the region.

The former president said he was determined to champion the cause for the revival of agriculture in the region by prevailing on northern governors to give agriculture the consideration it deserves.

He therefore urged other governors in the region to emulate the Sokoto State Governor, Aliyu Wamakko, by establishing skill acquisition centres where women and youths would be trained on various agricultural skills.

“I really commend Wamakko for initiating these centres where people are trained on modern farming techniques because there is nothing as profitable as agriculture.

“So, I am calling on governors in the region to emulate what Wamakko has done. They should try to replicate these centres in their states and I believe in the long run, the desired goals would be achieved,” he stressed.

He stressed the need for state governments in the region to train and sensitise the people on the need to embrace farming activities and also endeavour to support them to turn around the economy of the region.

Babangida commended Wamakko, for executing people oriented projects in the state.
The former military president also called for support for the governor in his quest to meet the yearnings and aspirations of the people of the state.

He therefore expressed gratitude to the government and people of the state for the invitation and opportunity given to him to inaugurate the projects.

In his remark, Wamakko said his administration established three skill acquisition centres in three senatorial districts of the state where women and youths would be trained on poultry, fish farming, animal husbandry and modern techniques of farming to improve food production.

He explained that at least 3,000 women and youth would be trained in the three centres on modern techniques of agricultural production.