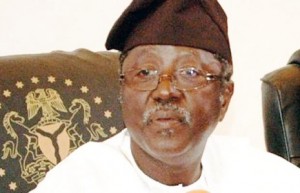 Governor of Plateau State Jonah David Jang, has been exonerated from allegation of crime against humanity by the International Court of Justice (ICCJ) in The Hague in The Netherlands.

Disclosing this yesterday, state Attorney General and Commissioner for Justice, Edward Pwajok, said the international court gave the governor a clean bill while delivering judgment on a case pending before it since 2009.

Responding to questions from journalists in Jos yesterday shortly after returning from The Hague, Pwajok said, “The international criminal court has vindicated Plateau State government and the governor of all allegations.”

“The state government was dragged before the court for genocide, ethnic cleansing, mass killings etc. The case was instituted in 2009 by aggrieved parties.

“When the case was instituted, the state government did not wait to be invited; we went there to respond to the case almost immediately. We then left the court to conduct its own investigation.

“Apart from the court, there are several civil society organisations across the globe that also conducted independent investigations into the allegations but at the end of the day, none of them, including the court has any fact that could link the governor to the allegations.

“In most cases, the ICJ since 2009 has been waiting to see if any court in Nigeria has entered any judgement related to the allegations before it, to use as evidence but they found none.

“So, obviously, the ICJ could not find any piece of evidence even from the appellants and from their investigations and so they have to throw away the case. This has vindicated the governor and his government, as a matter of fact no governor in Nigeria has the power to give orders to the Commissioner of Police, said Pwajok.

The Hausa-Muslim community in Jos had dragged the state government led by Jang before the ICJ in 2009, accusing him of masterminding the mass killing of Hausa/Muslims in Jos during the political crises of 2008.

Jang was accused of genocide, ethnic cleansing and mass killing when the governor allegedly issued a shoot-on-sight order to the police during the crisis that followed the local government elections.

The Hausa-Muslim community in the state alleged that the police from the state command acted on the order of the governor, killed about 750 Muslims during the 2008 crises.

However, the ICC after a lengthy investigation declared that the appellants have failed to prove the allegations.