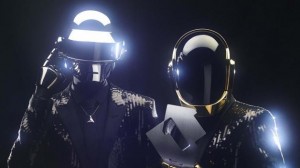 A university graduate was left feeling “degraded and humiliated” after being forced to dance with other candidates at an interview for a job with an electronics chain.

Alan Bacon, 21, was shocked to be asked to show his moves to a tune by French duo Daft Punk during the interview process for a job with Currys at a store in Cardiff.

Mr Bacon, a self-confessed “massive nerd”, said he would have been in his element working at the shop advising customers on the latest gadgets and had spent a week preparing for the interview.

The firm has launched an investigation and has invited all the candidates back for another interview where they will have a “proper opportunity to demonstrate how they can contribute to our business”.

Mr Bacon, who studied documentary film and television at university in Newport, said he had applied for 300 jobs but was attracted to the sales assistant post with Currys because of his interest in gadgets and electronics.

He told BBC Radio 4’s PM: ” I was extremely pleased to be given the opportunity to work in a place like Currys where I think I’d be in my element.

“I spent the week preparing for it. The original phone call I got was that I would have five minutes to talk to the interviewers about one of my hobbies.

“I thought fair enough, it’s a bit unusual. One of my hobbies happens to be taking pictures of astronomical objects through a telescope so I went out and got those pictures printed off, nice big pictures, and I thought I’ll talk them through this.”

But when he got to the interview earlier this week, along with nine other applicants “w e were taken to a back room and after some short introductions we were asked to dance”.

Mr Bacon said: “My heart immediately sank because I knew that all the effort I had put in to trying to learn the brand, what kind of gadgets they were selling … no, the first thing they asked us to do was to split up into two groups and awkwardly dance with each other for them.”