Widow of Dim Chukwuemeka Odumegwu Ojukwu and Nigeria’s Ambassador to Spain, Mrs Bianca Ojukwu has rejected Chief Femi Fani-Kayode’s withdrawal of his comments made about her in the social media and a national daily, saying that the former Aviation minister’s statement was only a riposte. 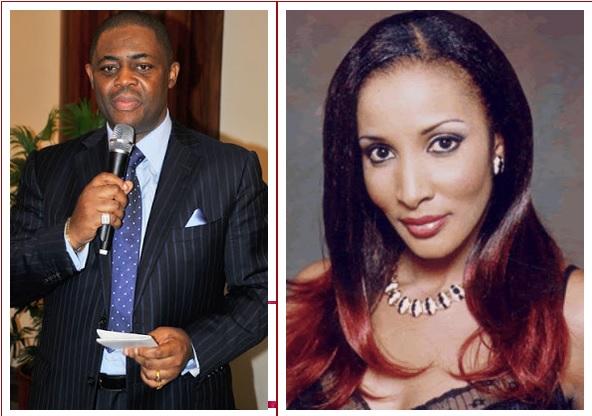 The former aide to ex-President Olusegun Obasanjo had in his article entitled, “Neither a tribalist nor a hater” claimed to have had “intimate relationship” with three Igbo ladies, including Mrs Ojukwu as a spinster, a claim the ambassador said was a lie and only aimed at tarnishing her image.

Consequently, Mrs Ojukwu, through her lawyers, Wall Street Attorneys, wrote to Fani-Kayode on August 27, demanding that he retract his statements and offer an unreserved apology to her in The Sun and Thisday newpapers, giving the former minister up to September 6, to do so.

But when Fani-Kayode on September 6 withdrew his comments in the two newspapers, he insisted that he knew Mrs Ojukwu in the 1980s and that some of those who knew she was his girlfriend are still living.

But two days after his response, Mrs Ojukwu has insisted that she did not know Chief Fani-Kayode as she had not met him before.

The wife of the late Igbo leader, who spoke through her Personal Assistant, Mr Isaac Igboanu, therefore, said the retraction made by Chief Fani-Kayode last Friday was not sufficient and satisfactory.

“The attention of Her Excellency, Ambassador Bianca Ojukwu has been drawn to a statement purportedly issued by Chief Femi Fani-Kayode through one Mr Akinola Babatunde Rotimi and published in the Daily Sun and ThisDay Newspapers of September 6, 2013.

“The phantom claim in the said statement that Chief Femi Fani-Kayode and Ambassador Bianca Ojukwu were once good friends to the knowledge of mutual friends who are still alive is not only false, baseless and typical, but a further attempt by Chief Femi Fani-Kayode to create the impression of a connection between himself and Ambassador Bianca Ojukwu.

“Whilst it is important to reiterate that Ambassador Bianca Ojukwu has never met Chief Femi Kayode and does not know him in person, it is pertinent to note that the statement issued through Mr Akinola Babatunde Rotimi, falls far short of an apology and retraction of Chief Femi Fani-Kayode’s false and libelous outbursts and is merely a desperate attempt to lend credence to fabrications, which he seeks to present as reality with intent to gloss over the very serious issues arising from the reckless publication.

“In the circumstances, Ambassador Bianca Ojukwu is left with no option than to leave the matter in the hands of her lawyers.”