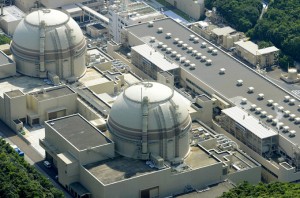 Japan is to start the process of switching off its last working nuclear reactor for a scheduled inspection with no restart in sight due to public hostility towards atomic power.

The move on Sunday will leave the world’s third largest economy without atomic energy for the second time since the Fukushima crisis erupted in March 2011.

Prime Minister Shinzo Abe has openly supported the use of nuclear energy, but the public has remained largely opposed to it for fears of possible serious accidents following the world’s worst atomic disaster since Chernobyl in 1986.

Kansai Electric Power will gradually take offline the No. 4 reactor at its Oi nuclear plant in Fukui prefecture in western Japan.

The work is scheduled to start by Sunday evening, with the reactor expected to stop power generation after several hours before coming to a complete stop on Monday, according to the utility.

Japan previously was without any nuclear energy in May 2012, when all of the country’s 50 commercial reactors had stopped for scheduled checkups, with utilities unable to restart them due to public opposition.

Their fears proved to be unfounded but the government gave approval for Kansai Electric to restart No. 3 and No. 4 reactors at the Oi plant, arguing that nuclear energy was necessary to meet increased electricity demand during the winter.

The reactors were reactivated in July 2012 and resumed full commercial operation the following month, while other reactors have remained idled all along.

Japan has turned to pricey fossil-fuel alternatives to fill the gap left by the shutdown of atomic plants, which had supplied about one-third of the resource-poor nation’s electricity before the Fukushima disaster.

Radiation was spread over homes and farmland in a large area of northern Japan when the massive tsunami swamped cooling systems at Fukushima Daiichi on March 11, 2011.

No one is officially recorded as having died as a direct result of the meltdowns at Fukushima, but tens of thousands of people were evacuated and many remain so, with some areas expected to be uninhabitable for decades. [AFP]