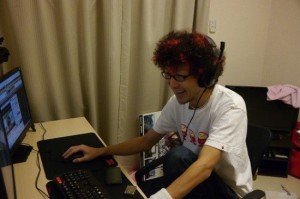 They say the secret to a successful career is doing what you love, but paying monthly bills when the thing you love most is playing video games all day has got to be pretty darn hard. Not for Moru-chan, a Japanese gamer who is currently earning  a decent $10,000 for basically spending three months of his life playing a video game and broadcasting his experience online.

If you enjoy spending your free time playing massive multiplayer online games (MMOs) like World of Warcraft of Guild Wars, Moru-chan’s arrangement must seem like a dream job. Truth be told, there are probably thousands of gamers out there who do the same thing for free, but he is one of the lucky few who are able to support their livelihood by killing monsters, upgrading their virtual character and performing quests in a fantasy online universe. A long-time fan of online role-playing games, Moru Chans was chosen by the development team of Japanese MMO ArchAge to be the recipient of a ¥1 million ($10,000) check for spending three whole months cooped up in a one-room apartment provided by the company playing the video game and streaming it to Japanese video-sharing site Niconico. He spends all night in front of the computer, playing the game, and his days sleeping on a mattress on the floor, cooking in his very small kitchenette and doing the laundry.

The very limited opportunities to leave the house and get some fresh air for ninety days would make most people consider the deal a nightmare, but for Moru-chan and lots of other gamers who share his passion it’s actually a dream come true. This is what he enjoys most and as for being isolated from the world, the conversations he has with players in-game, replying to comments on Niconico and interacting with users on his blog allows him to maintain a relationship with like-minded people. The guys at RocketNews24 paid this hardcore gamer a visit and asked him if whether it was tough being locked up and playing a video game all day, to which he clearly and confidently responded “Not at all!” His love life doesn’t seem to be very affected either. Moru-chan is happily married and his wife is apparently very supportive of his extreme lifestyle.

Curious about Moru-chan’s daily schedule? Here it is: