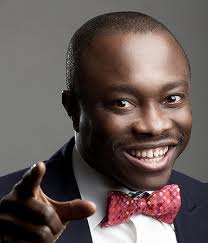 Comedian, Julius Agwu, has said he will soon quit vulgar shows but not before a one man comedy show tagged,  Julius Agwu, Rough Rugged and Raw.

“That show will be for 18 plus and it will be my last vulgar show,” he told Saturday Beats recently.

In fact, it was alleged that Agwu’s vulgar joke on a top management member of staff of a telecommunication company made the company to blacklist him.

However, Agwu insisted that he never cracked a vulgar joke. He said he was blacklisted based on gossip.

“Nigerians thrive on gossip. It is gossip that causes some of the quarrels we hear about even at the Federal Government level. Somebody said something to somebody who also said it to another person and I was blacklisted. But we thank God. We have been eating. The blacklist has expired. I am sure so many people do not know the root of this matter.

“The chairman was not even at that event. I didn’t make a vulgar joke. I made a joke and asked why our people always fake their accents each time they travelled abroad. It wasn’t a bad joke but somebody misinterpreted it.

“I know I am blunt but I am not unintelligent as to not know what to say at corporate events. I thank God that I am no longer blacklisted. I have been invited to be a part of an upcoming show,” he said.

Agwu, however, is painting the nation’s capital red this weekend at his annual Crack ya Ribs.

According to him, this year’s edition will feature comedians like I go Dye, I go Save, Akporoko, Osama.

Powered by Heritage Bank, Agwu said this edition would tell the story of Nigeria and also give the up and coming comedians an opportunity to showcase their talents.

Musicians, including Ice Prince and Sean Tizzle, will perform at the show.