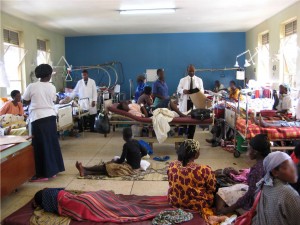 Two health centres have been shut down by the Kano State Government for alleged unethical practise, poor sanitary condition and illegal operation.

This closure is contained in a statement issued by Alhaji Isma’il Gwammaja, the Public Relations Officer, Ministry of Health, in Kano.

The diagnostic centre was closed for alleged unethical practise and poor sanitary condition, while the dental centre was sealed over alleged illegal operations.

The three members of staff of the hospital, who were arrested according to the statement, will be charged to court.

The Senior Special Assistant to the Governor on Private Health Institution, Dr Salisu Ahmed, however, frowned at the attitudes of proprietors of some private health institution toward their clients.

Ahmed said the present administration was fully committed to sanitising and improving the health care services in the state.

The aide, however, warned that the state would not tolerate any act of indiscipline and unethical conduct in the health sector.