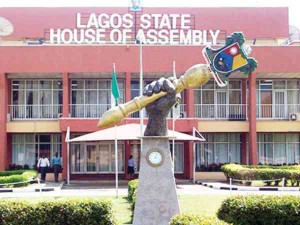 The Lagos State House of Assembly on Wednesday warned Mikano, a company which manufactures power generating sets and transformers located along ACME road Ikeja, as well as other companies in the state against indiscriminate parking of their vehicles.

The House decried the attitude of Mikano’s truck drivers saying their reckless parking often caused serious traffic problems on the road that links Agidingbi with Ogba and Agege areas of the state.

Giving the warning when his committee visited the company, Chairman, House Committee on Transportation, Commerce and Industry, Bisi Yusuf, also used the opportunity to call on other companies operating in the state to adhere strictly with the state Traffic Law.

“The State Government will no longer allow any company operating within the state to cause unnecessary traffic gridlock,” Yusuf said.

The lawmaker noted that the State Government would soon begin to enforce the sections of the traffic law which states that trucks can be only allowed to move within the state between 10pm to 6am.

Yusuf stated that manufacturing companies should create a conducive environment for effective work performance for staff.

A member of the committee, Lanre Ogunyemi, also implored the manufacturing company to ensure that it produces quality and genuine products that would boost the Nation’s economy.

Ogunyemi commended the effort of the company to assist the State Government in providing job opportunities for residents adding that this had reduced the rate of unemployment in the state.

Speaking earlier, Personal Assistant to the Managing Director of the company, Alhaji Bashir Hamza, had noted that among other challenges, the company had faced a problem obtaining the new number plates for their vehicles.