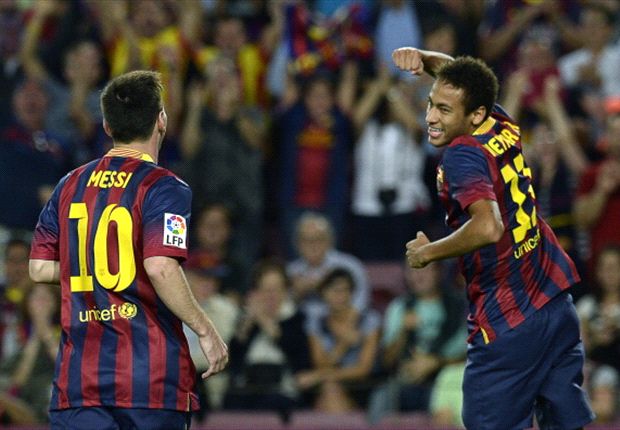 Messi showed obvious discontent after being replaced in the second half of the Liga win, but the head coach insists that his decision was made for the good of the player and the club at large, while while acknowledging the team’s overall performance.

He says, “Messi never wants to be subbed off, but it’s my task to take care of him,” Martino told reporters after the match. “We need him at end of season as well as now.

“My way of thinking won’t change, I repeated the whole time how I want to play, maybe this game helps some to see things clearer.

“We’ve played a very good game. The way we played in the first half was wonderful – it was a pity we couldn’t score more.”

The 54-year-old proceeded to laud €57 million brazilian Neymar following his debut Liga goal, while insisting that Alexis Sanchez played pretty well even if he didn’t net a goal.

“Neymar is an exceptional player,” the Argentine trainer added. “It has surprised us how hard he wants to work for the team.

“Alexis didn’t score, but he worked very hard today, both in defence and attack. He does things that few forwards do.”