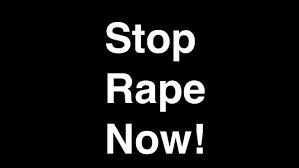 A 45-year-old married man with five kids has been arrested by the Bayelsa State Police Command for allegedly ráping an 11-year-old female primary school pupil in Etegwe community, Yenagoa local government area of the state.

According to report, the suspect lured his neigbour’s little daughter to an uncompleted building, where he stuffed her mouth with handkerchief, brutally ráped her and left her bleeding.

It was gathered from the sister of the victim that she immediately rushed her bleeding sister to private hospital for first aid treatment after she came back home, crying and bleeding.

Further investigation showed that the arrested man simply identified as Omo, was reported to be in the habit of the alleged “immoral act” with kids in the neighbourhood.

When contacted, spokesman of the Bayelsa police command, Mr. Alex Akhigbe, said he was yet to get a full brief on the incident, “but I will look into it and get back to you.”