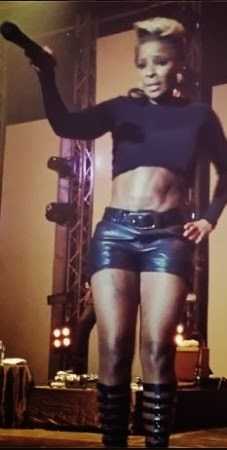 Queen of R&B, Mary J Blige was in Lagos – Nigeria for a show which held 2 days ago.

Mary J Blige performed in Lagos at the Sisters With Soul concert which held at Eko Hotel.

Our own Tiwa Savage was also schedule to headline the event but reports say she was cancelled last minute due to some endorsement drama.

Reports say the Mary J Blige show was overated and had poor ratings both in attendance and performance.