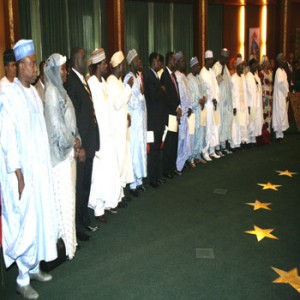 Members of the Federal Executive Council were on Wednesday shocked when President Goodluck Jonathan sacked nine members of the council.

The sacked ministers did not have any inkling of their impending sack as some of them attended the weekly federal executive council meeting Wednesday, but sources said their sack may not be unconnected with the failings of their ministries, and calls from different quarters for their sack.

Following their sack, President Jonathan reportedly thanked the sacked ministers for their services to the nation and wished them well in their future endeavours.