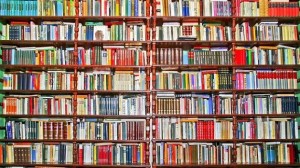 More than three-quarters of Britons admit to having lied to appear more intelligent, with people regularly claiming to have read classic literary works or pretending to speak a foreign language in a bid to impress others.

A survey of 2,000 people found 78% said they had lied to appear smarter, with around two-thirds (62%) pretending to have read books including Crime And Punishment by Fyodor Dostoyevsky.

George Orwell’s 1984 was the top choice for fakers trying to impress, with around a quarter (26%) claiming to have read the classic work about a sinister dictatorship run by the terrifying Big Brother.

Other popular choices in the survey, carried out to mark the release of a new DVD of geeky comedy The Big Bang Theory, were Leo Tolstoy’s epic War And Peace, Great Expectations by Charles Dickens and Lord Of The Rings by JRR Tolkien.

Other tactics people used included pretending to know about wine and correcting other people’s grammar.

Behavioural psychologist Jo Hemmings said: “The Big Bang Theory study shows that being intelligent has never been more sexy and that the vast majority of us are working hard to appear smarter than we actually are.

“In part, this is a reflection of the huge popularity of science-based TV and drama shows alongside smash-hit sitcoms such as The Big Bang Theory which have helped people to embrace their inner geek.

“From expertise in literature to wine, and a penchant for correcting grammar and art-house or foreign language films, wannabe geeks are exaggerating their worldly qualities in order to appear more nerdy. I just hope they don’t get caught out.”