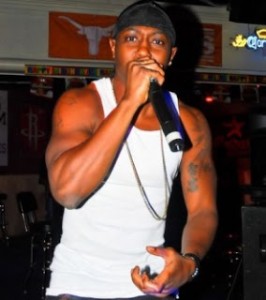 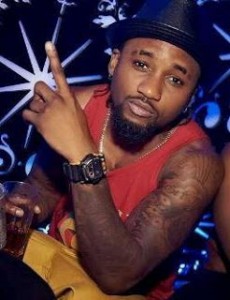 Other rappers that were on and not on the list have reacted.

See the list below again and also read the various tweets.

Well GodWon Didn’t Just Stop There.. He was furious and he mentioned quite a number of rappers and attacked them on Twitter. 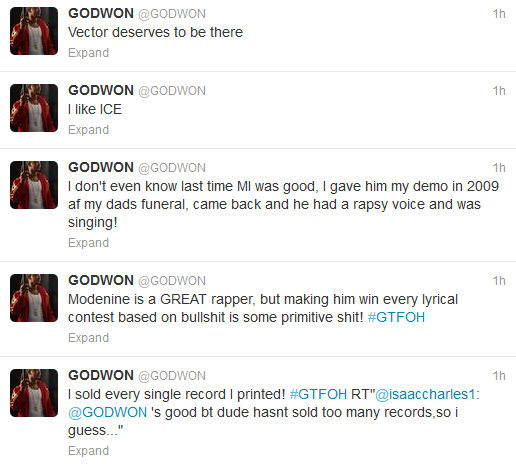 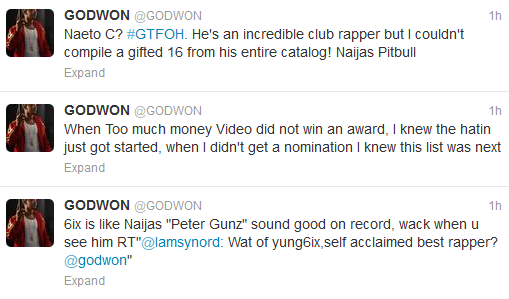 SO BY THE WAY!!! DO YOU AGREE WITH THE LIST?? HAVE YOUR SAY AND YOU CAN PUT YOUR OWN LIST LET US SEE!!