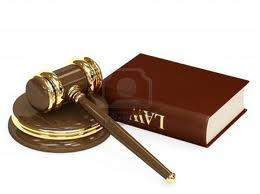 A housewife, Mrs Tosin Adekunle, 28, on Wednesday sued her husband, Tope Adekunle, for divorce at a customary court in Ado-Ekiti, over allegations of adultery, battering, lack of affection and neglect of their two children.

She told the court that her husband had also failed to perform his conjugal responsibilities.

Tosin said that Tope had beaten her to point of death and had thrown her belongings out of their matrimonial home.

She alleged that her husband impregnated their pastor’s daughter.

According to her, she can no longer bear the negative attitude of her estranged husband.

However, Tope did not show up in court to defend himself on the allegations.

The President of the court, Mr Joseph Ogunsemi, adjourned the case to Nov. 4 for further hearing. (NAN)