Residents of Akenzua Street in Benin City woke up on Monday to find a 25- year old man inside a locked tomb of one Emmanuel Obasogie Obayuwana without any visible signs of break in or entry. The man, who was dressed in red, wore white hand gloves and tied a red cloth on his forehead. 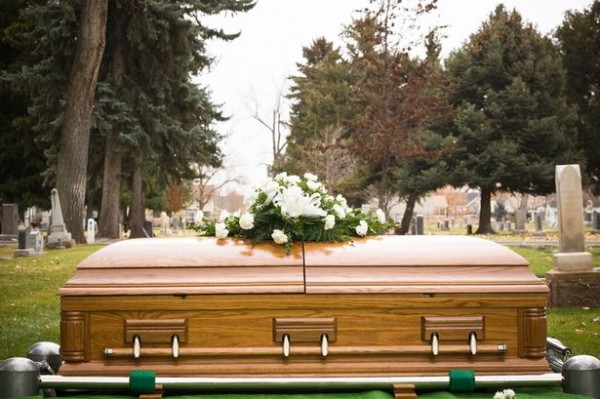 He was found sitting on the grave and stained clothings were found inside a wooden box with him. Some spiritualists and pastors who were invited to pray against whatever evils the man brought were afraid of going inside to bring the man out of the tomb after the first son of the deceased, Isaac, brought the keys.

Eyewitnesses said they were afraid of going near the man inside the tomb for fear of possible spiritual attack.

It was gathered that some chiefs from the Oba of Benin Palace later came to take the unknown man away.

Isaac said he has been holding the keys to his father’s tomb for over 11 years. He said, “The place was locked. I don’t know his mission in my father’s graveside. He was taken to the palace. We don’t know him from anywhere and how he got inside the locked house remains a mystery.”