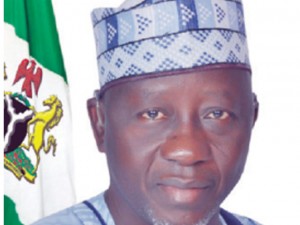 At least 50,000 people have been rendered homeless as Asakio, Odobu and Obi local government areas of Nasarawa State are turned to ghost towns as a result of the conflict between the Ombatse militia and the Alago ethnic group.

Governor Tanko Al-makura visited the affected communities in the company of his commissioners to assess the level of damage and to also sympathize with the victims displaced and taking refuge in nearby communities.

While being taken round the areas, Al-makura lamented the destruction of houses, particularly those of the paramount rulers in Obi and Asakio. “I can’t believe what my eyes are seeing today, this is inhuman”, he said.

Worst hit were the Alago settlements in Asakio, Odobu and Obi where no single house including economic tree was left untouched by the assailants who took their time to unleash terror on the communities.

Among the places visited were the refugee camps in Namu, Qwann pang local, government in Plateau State, Keana and Akwashi in Nasarawa where some of the internally displaced persons, mostly women and children, are taking their refuge.

“I sympathize with all of you. I want to assure you that my administration will do everything possible to make sure you are properly taken care till when the situation would be brought under control so that you can all return back to your homes”, the governor said.

However the refugees expressed bitterness over poor relief materials since penultimate Friday when they were forced to flee their homes.

One Mr. Ishage Amodu said that they were disappointed over the delay in sending security agents to the troubled communities, saying, “When the crisis started on Thursday, no single security personnel could be found until after three days. That is why those criminals had enough time to cause the kind of damage you all saw at Asakio and Obi”.

Earlier, the governor, in a state broadcast, announced the banning of commercial motorcyclists, popularly known as OKADA, in Lafia, Obi, Doma, Nasarawa Eggon and Keana local governments between 7:00 p.m. and 6:00 a.m.

He assured the people of Nasarawa State and in particular those in the affected communities that his administration will not allow any group of persons to take the law into their hands or destroy lives or properties. He appealed to the citizens of the state to remain calm as government was on top of the situation.

NEMA Director General, Mohammed Sani-Sidi, represented by Mohammed Suleiman, North Central zonal planning officer, who presented the items to the IDPs in those camps, said the items were meant to ameliorate the plight of the displaced persons especially women and children. [Vanguard]