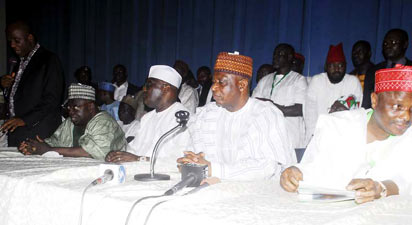 The new Peoples Democratic Party (PDP) in Kaduna State has suffered a minor setback as one of its members has withdrawn his loyalty to the group.

The splinter faction of the group which called themselves the ‘Save Nigeria Group’ on Tuesday issued a statement citing the dwindling fortunes of PDP in the state since former Governor Namadi Sambo was elevated to position of vice president as reason for pledging loyalty to the new national faction of the party led by Abubakar Kawu Baraje,

The group also claimed to have joined the Baraje faction as a result of ineffectiveness both in government and at party level.

But Bodams yesterday in a telephone interview with Daily Trust feigned ignorance of the group.

He also claimed that his name was included in the group’s statement without his consent.