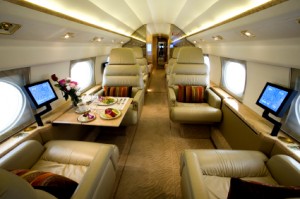 The federal government said, yesterday, that Nigerian owners of foreign registered private jets were taking out of the country annually over $10 million through payment of foreign cockpit crew, charges and taxes overseas.

According to government, this has further assisted to boost capital flight out of the country.

Coordinating General Manager, Corporate Communications of Aviation Agencies, Mr. Yakubu Dati, who disclosed this in Lagos, also revealed that owners of private jets who use them to operate illegal charter services were ripping off the country of well-deserved revenue and destroying legally registered commercial charter operators who abide by the regulations of Nigeria Civil Aviation Authority, NCAA.

He said it was to stop the exploitation of the country and grow the business of registered charter operators that the regulatory agency slammed $3,000 on every operation of private jet owners who use their aircraft to carry out illegal services.

He said the total amount of money that Nigeria loses to this category of operators was in excess of $15 billion annually, excluding charges paid by aircraft used for charter services.

He explained that when aircraft was registered overseas, it was assumed to be visiting Nigeria as it usually registered under a foreign operator, adding that the implication of this was non-payment import duty when coming into Nigeria.

“Then every year the owner of the aircraft must pay charges to continue to maintain the aircraft under the foreign operator in which the aircraft was registered,” Dati explained

He lamented that though much of the money used to purchase the aircraft was earned and generated in Nigeria, owner of the jets abstain from paying taxes to the Nigerian government, having registered the jets oversea.

Dati said: “It is also worthy of note that 80 per cent of those aircraft registered overseas are also used for illegal charter operation and when used as charter, they do not pay the five per cent VAT tax and the five per cent passenger service charge, PSC, to NCAA as they did not register as charter aircraft ab initio.”

He estimated that 80 per cent of 87 foreign registered aircraft operating in the country was 69, adding that at the average cost of charter of $7,000 per hour, the jets made $1.449 million daily without paying taxes and PSCs.

“So these aircraft earn $1,449,000 million per day and the five per cent VAT tax and five per cent NCAA charges which they do not pay, if deducted from the above earning would amount to $144, 900 per day.

“In a year this would amount to $51, 584, 400 or N8. 2 billion and this is a fragment of the import duties which is estimated to be in billions of dollars which these aircraft owners did not pay before they were brought into the country,” Dati explained. [Vanguard]