In the end 2011 beginning of 2012, a large group of Nigerians living in Libya sent an urgent message to Prophet T.B. Joshua that they were in need of his intervention. 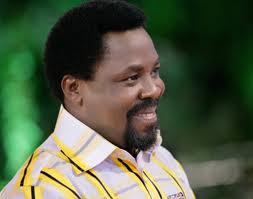 Libya at that time was undergoing revolt, chaos and disorder, as Nigerian Embassy in Libya was allegedly non-functional. Therefore Nigerian citizens found themselves stranded in Libya without any possibility of government assistance.

Prophet T.B. Joshua indeed intervened and soon a big group of Nigerians found themselves on their way home.

The Prophet then went further to bless all of them with financial assistance and support in various trade industries.

A group of returnees would never forget what the Prophet has done for them, so almost one year past, they came back to the church to appreciate God for what He continues to do in their lives. They stated that they wanted to use the financial assistance wisely so they went back to Edo, and asked the state government for permission to start a commercial farm.

In answer to their prayers, they were granted 17,666 hectares and they began a skills development farm, employing and training others in their community on their farm.

They brought photographs of the farm, the products grown on the farm, and a gift of 220 litres of oil which was produced on their farm, which they called their first fruit.

The Prophet then promised to send a team to examine the land and discuss with them what they needed to continue and expand their endeavours.

As the Bible teaches us, the only way to commit more faith and love into the society of which we are a part is to spend more on others and less on ourselves.