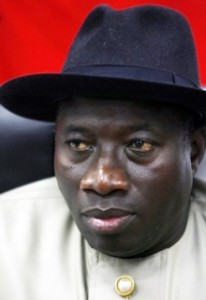 A Senior Advocate of Nigeria, Prof. Ben Nwabueze has condemned the transformation agenda of the President Goodluck Jonathan administration, describing it as weak.

The legal luminary said there was nothing in the agenda to suggest the transformation of the country from the moral decadence into which it had sunk.

Speaking, Tuesday, on the theme: “Roadmap to Political Stability, Progress and Unity in Nigeria” at a National Political Summit in Uyo, the Akwa Ibom State capital, Nwabueze said: “It is, therefore, a misconception to call Jonathan’s agenda a transformation agenda.”

Also, Nwabueze, who is the coordinator of Project Nigeria, Nigeria Consensus Group and Citizens Advocacy Group, stressed the need for the much talked about national conference to be convened before the 2015 general election, saying Nigeria was a wobbly state in part because it stood on a weak foundation with the current constitution.

“The national conference needs to be held as speedily as possible, at all levels, long before 2015, as any attempt to hold the 2015 election without first convoking the conference may spell disaster for the country.

“The transformation agenda is inadequate for another, more fundamental reason. It has absolutely nothing to do with, not a word to say about, the transformation of our society from the moral decadence into which it has sunk.

“No agenda, in the context of Nigeria, is worth being called a transformation agenda which does not aim at the moral and ethical transformation of our society. It focus must embrace the entire society or nation, not the economy alone.

“I can think of nothing more disastrous for this country than an enhanced economic growth and development built or superimposed upon a morally and ethnically decadent society, a society bereft of a sense of justice, probity, integrity, accountability, civic virtues and nobles values,” Nwabueze said.

Speaking further, he said: “The president’s transformation agenda needs to be expanded in scope to cover other aspects of economic affairs besides the enhancement of “economic growth and development,” which is what it focuses on.

“Even as limited to the economy, it does not aim at a radical change in the nature or character of the economy, in order to remove the features that disfigures it.

The legal icon recalled the recent statement credited to the Vice-President, Namadi Sambo, for the establishment of mega universities each with about 200,000 students as part of the federal government’s transformation agenda, saying such universities would be a disaster.

“A disastrous misplacement of priorities, when it is taken in the context of the incredible decline in educational standards in the country as attested by the phenomenon of near-illiterate university graduates, the existence of “magic schools,” all over the country,” he stated.

Nwabueze insisted, however, that Nigeria needed a national conference, which was a form of constituent assembly to deliberate on a constitution for the country, which would then be submitted to a referendum for adoption.

“The national conference would therefore be a unique occasion, the first of its kind for the president to speak directly to over 300 ethnic nationalities comprised as different peoples, and to galvanise them into one people, with one common destiny.

“A national conference is envisaged as a means to trigger the process of national transformation, which inexorably involves change of a revolutionary kind.”