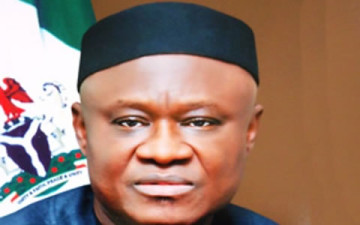 The pan-Yoruba socio cultural group, Afenifere, has disagreed with the Arewa Consultative Forum, ACF and some northern leaders over their call for the removal of Chief Festus Odimegwu as Chairman of the National Population Commission.

Afenifere said Mr. Odimegwu should be allowed to conduct the 2016 census.

It would be recalled that last month, Governor Rabiu Kwankwaso of Kano State called for the removal of the NPC chairman after he was widely reported in the media as insinuating that the 2006 census was manipulated to favour a section of the country.

The Presidency had subsequently queried Odimegwu over the statement credited to him.

Apparently not satisfied with the query, the National Working Committee of the ACF issued a communiqué urging the Federal Government to relieve Mr. Odimegwu of his job.

But Afenifere threw its weight behind the embattled NPC chairman saying the call for his sack was misplaced and instead rallied support for Mr. Odimegwu, who they believed would conduct Nigeria’s first credible census in 2016.

He said, “What Odimegwu said is not new, even the former census boss at Adekunle Ajasin University in 2006, said the same thing, that since 1816, no census has been credible in Nigeria. The reason why the North is against Odimegwu is that they know that for the first time, census would be conducted by a credible census board in Nigeria. They are trying to defend their unjust gains through manipulations of previous census exercises.”

Odumakin stated that due to the manipulation of census figures in the past, the North had gained undue political advantages over the South.

He said, “It is on the basis of manipulated census that the North, which was one out of three regions we had in the country, now has 19 states, while the Western and Eastern regions have 17 states combined. In the First Republic, Lagos and Kano were divisions.

“Today, Kano has been divided into Kano and Jigawa states, with 77 local government areas shared between the two’ Lagos has remained one state, with about 20 local governments.

“It is also on the basis of this that the North-West and the North-East have enough representatives in the National Assembly to initiate the impeachment of the President; they can influence things because of this manipulation of census. There is nothing wrong in what Odimegwu said. He said the truth.

“In fact, by the time he made the statement, the Independent National Electoral Commission was embarking on delineation of constituency, which was seriously contested. If it was done, the far North would have lost some constituencies, and the South would have gained more constituencies based on 2006 census. That is why they (northerners) are up-in-arms against Odimegwu conducting 2016 census.”