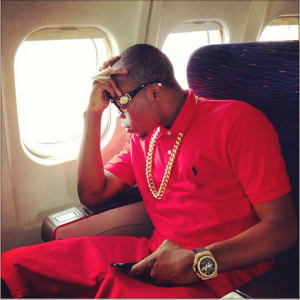 Baddo Olamide like we all know titled his next album as “Baddest Guy Ever Liveth”.

Fans have been anxiously waiting for this highly rated album to drop and they can now relax as the street rapper has set the 14th of October 2013 as the official album release date.

With two albums this year, Olamide is surely giving his fans want they want.