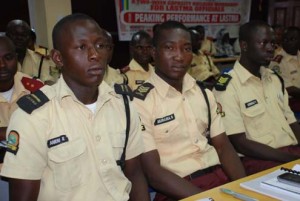 Let me begin this piece by joining fellow Nigerians across all divides, in condoling you and the entire members of the family on the death of Pa Ibrahim Adebayo Ademola Fashola. May Allah grant him Aljanar Firdouz. Ameen.

Sir, I have settled for this open communication against my wish because I am a non-partisan stakeholder in the Social Contract between Your Excellency and the people of Lagos State whose popular mandate Your Excellency has been exercising since 2007 election. With all sense of modesty, as a keen watcher of Your Excellency’s brilliant performance and exhibition of your administration’s sense of responsibility and responsiveness, I ought not to have resorted to washing a ‘dirty linen’ in public.

However, I am constrained by the absence of a better opportunity or forum for a non-partisan active electorate like me to have an audience with Your Excellency due to the exigencies of your office, tight schedule coupled and in most cases, with bureaucratic bottleneck and protocol arrangement that usually fence off elected state functionaries of your status. In the light of this, I wish to be understood in the circumstance I have found myself. 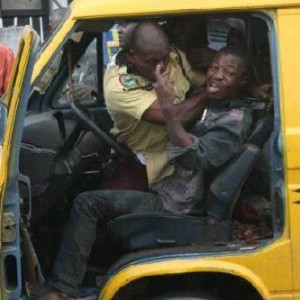 Is LASTMA Above the Law?

Some of the universal principles of the Rule of Law by which democratic governments are measured and distinguished from oligarchies or dictatorships are that:

•Government and its officials, agents, individuals and private organizations are accountable under the law

•The laws are clear, publicized, stable, just and are applied evenly and protect fundamental rights, including the security of persons and property

How compliant is the Lagos State Transport Management Authority (LASTMA) with these principles? Your Excellency, if my personal encounter with the agency on Tuesday, August 6, 2013, along Iyana Oworo axis of Lagos Third Mainland Bridge, is anything to go by, the agency does not operate within the ambit of the Rule of Law but the Iron Law of Oligarchy, which is anathema to democratic norms and values for which the government of Lagos State enjoys public respectability and accolades. 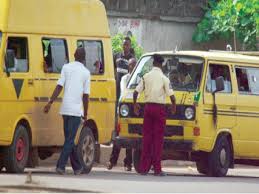 Should LASTMA be a Judge in its own Cause?

On the fateful day, the traffic was hectic from the Adeniji-Adele end of the Third Mainland Bridge and on getting to the Oworosoki axis, it became a standstill and a bumper-to-pumper situation. As the traffic crawled on, a LASTMA official wearing a name tag Akintomide and staff No. 67634 ordered me to pull out. I complied as a law-abiding citizen, after which I asked him to explain the rationale behind the order. He said I was under arrest because somebody attempted to alight from my car. Almost in a jiffy, a standby towing vehicle had swung into business. In defiance of all entreaties, the car was towed to their Oshodi office.

On Wednesday, August 7 when I reported to LASTMA’s Oshodi office to secure my car, I was served a notification of offences and penalties bill for imaginary offences such as: wilful parking- N50,000; towing vehicle N20,000 which amounted to N70,000. Other expenses incurred were: demurrage charge N8,000 and driving test N5,000. All these amounted to N83,000. Frantic efforts to meet the Chief Executive or any senior officer in the organization were frustrated in order to make it a fait accompli for me to acquiesce to the fines imposed on me without passing through the due process of the law. Eventually, I had to cough out this much, which is about 75% of my basic salary as a university teacher!

LASTMA and the Political Image of the State

It is not the intention of this piece to give a panorama of the excesses and unethical behaviour of some LASTMA officials that impinge on the fundamental rights of Nigerian road users in Lagos State. To the credit of the administration under Your Excellency, the deviants against who prima facie case were established, have been fumigated from the agency. But it is not yet over, until it is over; as a Yoruba proverb says: ti ina koba tan ni aso, eje ko le tan ni ekanna, meaning: as long as there are lice in the clothing, so long there will be blood in the fingernail. LASTMA as an agency of the state of Lagos needs training, retraining and continuous cleansing of the Augean stable so that bad eggs will be flushed out. Who knows whether the bad eggs are the fifth columnists working against the interest of the State. Moreover, it is perplexing that despite a subsisting order by a court of competent jurisdiction in Lagos, LASTMA continues to pitch Your Excellency against the Judiciary by the continued violation of an order by Justice Okon Abang that declared imposition of fines or penalties by LASTMA on any offender as illegal, null and void.

The Position of the Law on LASTMA Powers

Your Excellency, it is on judicial record that Mr. Jonathan Odutola got a judgment against LASTMA on September 21, 2011 and a fine of N500,000 was imposed on the agency as damages. It is also on record that Hon. Justice Okon refused the application by the Lagos State government for a stay of execution of the order. By implication, the continued arbitrary imposition and collection of fines by the agency of the State of Lagos under the guise of traffic offence amounts to contempt of Court. Until a superior judgment vacates the subsisting order, the position of the law is that LASTMA cannot impose or collect fines. Quod Erat Demonstrandum!

The reaction of Your Excellency was widely reported by the media that the State has residual authority to legislate on municipal issues under which the road traffic law falls and that LASTMA could be a local solution to a unique traffic problem, subject to innovation. Hon. Justice Okon Abang declared that Sections 9, 11, 12 and 13 of the law establishing LASTMA are in conflict with Section 36 of the Constitution of the Federal Republic of Nigeria, 1999 (as amended). My question in this instance is: whose law supersedes in a federation between the central authority and the component units? Section 3 of the 1999 Nigerian Constitution is clear and lucid that: “If any other law is inconsistent with the provision of this Constitution, this Constitution shall prevail, and that other law shall to the extent of the inconsistency be void.”

In the light of this, with all sense of humility, I put it to Your Excellency that your agency LASTMA has violated my fundamental right to fair hearing because it constituted itself into an accuser, the prosecutor and the judge in its own cause. Rather than seeking a redress in a law court, I hereby demand an apology and a refund of the money collected from me under false pretences by the agent of Lagos State.

On a final note, the establishment of LASTMA is one of the best things to happen in Lagos State. Not only because of the job opportunities it has provided, but also for reducing social crimes and display of insanities by motorists on Lagos roads. Notwithstanding, it would be right and proper for the agency to conduct its operations with high sense of responsibility, probity, human face and milk of kindness.

Thank you Your Excellency for reading me.