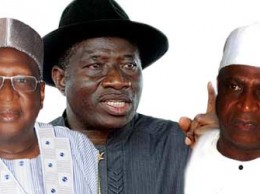 The National Treasurer of the new Peoples Democratic Party, “nPDP”, Tanko Gwamna, resigned his position on Sunday not because he is a “lover of democracy” as he claimed but due to the pressure brought to bear on him by the Presidency, the party spokesman, Chukwuemeka Eze, said.

It would be recalled that less than a week after he was appointed into the National Working Committee, NWC, of the Abubakar Kawu Baraje-led New PDP, alongside others, Gwamna threw in the towel yesterday and pledged his loyalty to the Bamanga Tukur-led PDP.

In a statement read before newsmen at the State House yesterday, Gwamna said he arrived at the decision after a careful study of the events in the polity and a deep sober reflection of the consequences of the outcome of the crisis on the ruling party.

“As a lover of democracy, I am of the belief that the current impasse will not augur well for the unity, peace, progress and prosperity of our great party in particular, and the country in general,” Mr Gwamna said.

But Mr Eze, who said the factional PDP was not surprised by Gwamna’s action since it had suspected all along that he was a mole planted by Tukur, added that the former national treasurer resigned due to a contract he was promised by the Presidency.

“Yes, I just confirmed that the Presidency forced the man to resign because of (a) contract they want to issue out to him,” Mr. Eze said.